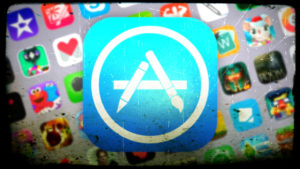 To date, the field of mobile technology continues to develop at a fairly rapid pace. Progress in the production of cell phones and smartphones becomes particularly noticeable if you pay attention to how quickly yesterday's innovations become obsolete morally, unable to withstand the competition of newly released flagships. We will discuss the elimination of one of the signs of such obsolescence below.

IPhone and iOS wear and tear

In one of our previous articles: Removal the brakes and freezes of the video on YouTube - we have analyzed the option that allows you to play online video in high quality on the old computer.
But if the process of iron obsolescence in most cases can be considered natural and necessary, then with software it is not always so obvious.

In the issue of software obsolescence can be divided into two main areas:

With the first paragraph, everything is clear. The manufacturer of the smartphone does not want to spend forces and funds to optimize the new system for obsolete hardware, even if this task is technically feasible. In addition to saving resources, this step also contributes to the rapid growth in sales of new devices (we are neglecting the outflow of the client base to a more loyal manufacturer), which also does not support the increase in the length of support for its products.

Very acutely, both versions of this problem are facing the owners of previous releases of Apple cell phones.
For example, the latest iOS version available for iPhone 4S owners is 9.3.5, for iPhone 4 the situation is even worse, you can only officially install iOS 7.1.2 on this device. And this despite the fact that the latest version of the Apple operating system at the current time is 12.1

What is it fraught with?
One of the main problems that users of outdated Apple devices will face is that it is often, impossible to install some programs from the App Store on iOS below a certain release.
In particular, to install such a popular program for exchanging fast messages and calls over the Internet, like Viber, from the Apple store, you will need to have an installed version of iOS at least 8.1. For applications such as Skype, client of the VK network or the Instagram mobile app, the oldest version of the phone system that meets the installation conditions for the software listed is iOS 8.0.

From the above, we can conclude that officially we have no possibility to install Viber on the iPhone 4. The same applies to the other programs mentioned: Skype, vk-client for iOS, Instagram and many others. Moreover, the same fate will soon be comprehended by newer models, so this issue may in future affect an increasing circle of users of Apple products.

However, there is a way that the same Instagram can be installed on iPhone 4. This method will work with most programs.
The essence of it, the way, is to preload the application from the App Store with binding to Apple ID and then install the supported version of the program on the phone itself.

So, we will need: 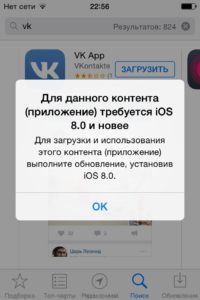 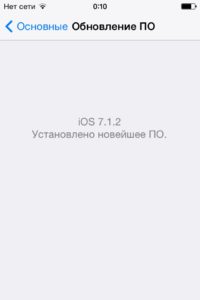 If we try to install the Vkontakte program on iPhone 4, then nothing will work out, we will get an error This content (application) requires iOS 8.0 and newer with the proposal to update the device to iOS 8.0

But if we move along the path of Settings - Basic - Software Update, we will see that we have the "latest" software installed, namely iOS 7.1.2, which is the latest for iPhone 4

So you have to look for workarounds.

Download iTunes to the computer from the official Apple site and install it.
Run iTunes and log in with the same account with which your iPhone is activated. 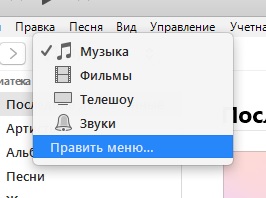 Now in the upper left corner click on the drop down menu and select the Edit menu... item there.

In the list that appears, put a tick in front of the Programs item and click the Finish button. 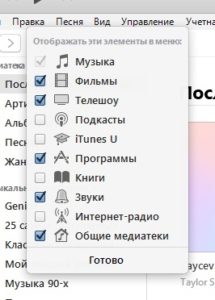 Next, in the drop-down list, go to the added section of the Program.
In the central part of the screen, click on the App Store tab. In the upper right corner, in the search bar, enter the name of the program of interest to us, let it be the client of VK for iPhone. Under the application icon, click the Download button, enter the password from your Apple ID and click the Buy button (the application is free, nothing to worry about)

The application is loaded into our account, we no longer need a computer.

UPD! If you don’t have the Programs and Edit menu... options in iTunes, then you need to roll back the version of iTunes.
This is done by downloading and installing the necessary version of the application. The method is described in more detail in the article: Returning the App Store Programs in iTunes
to content

Installing VK App on iPhone 4 via the App Store 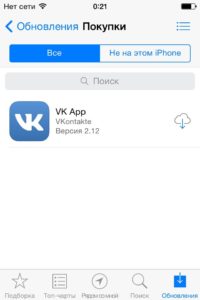 We connect the phone to the Internet via a mobile network or via Wi-Fi. Run the App Store on the device and can immediately go to the Updates tab. Here we will have the same application that we downloaded in iTunes, that is, the VK App client. To the right of the program icon there will be a button in the form of a cloud with an arrow, which allows us to install the application from the Apple ID.
Click on the cloud 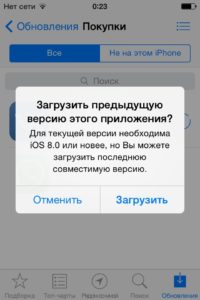 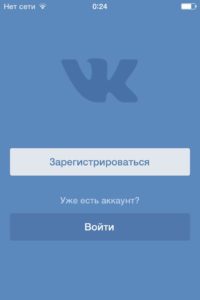 We are waiting for the download of the latest compatible version and we can run the installed program.
It is worth mentioning that in this way it will not be possible to install the latest version of the program on the iPhone (solution of the issue is possible if there is a Jailbreak), that is, you probably will not have access to the full functionality of the application added in new releases, but for comfortable use of the main features of this, most often , not required.

Today we talked about how to install the program on an iPhone with an outdated iOS system.